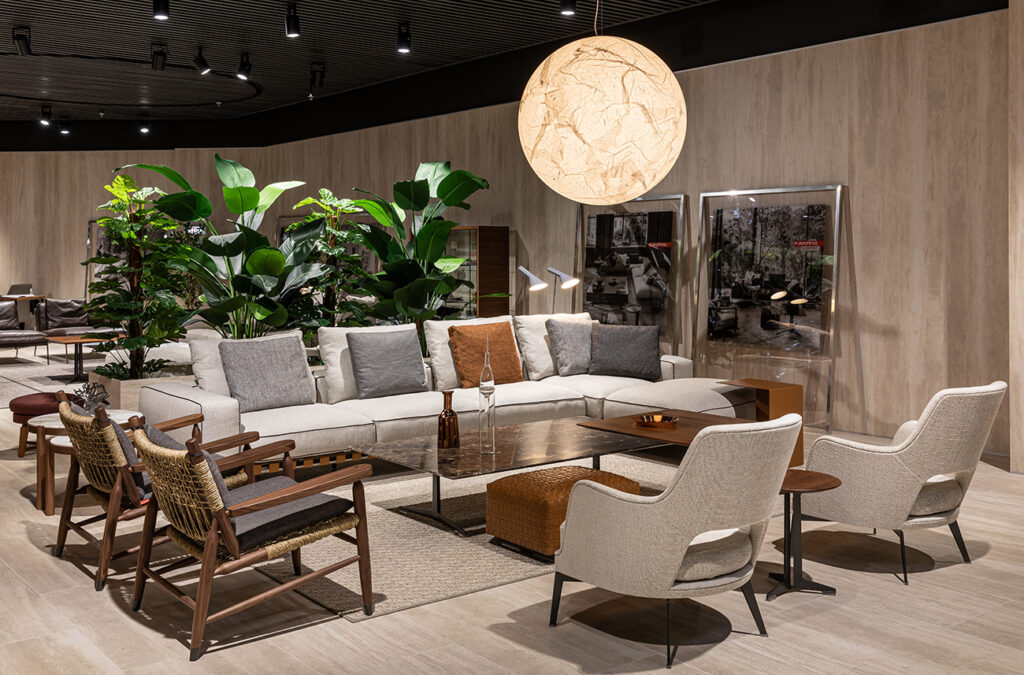 Flexform is a family affair. Now in its third generation, Flexform was founded in the Brianza furniture manufacturing district in Northern Italy. The unique global phenomenon of Italian furniture design was born in the 1960s, right here.

A place where the history of many small artisan workshops that have fashioned wood, metal and upholstery since the early 1900s, intersects with that of the great masters of Italian design, trained at the School of Architecture in nearby Milan. Flexform’s roots are embedded in this historical setting.In 1959, the Galimberti brothers opened an artisan workshop, called “Flexform di Galimberti.” It was soon followed by their first showroom where the sofas and armchairs on display found their way, in the postwar era, into elegant buildings in Milan, villas overlooking Lake Como, and even the foyer of the Teatro alla Scala.

Their children transformed the workshop into an industrial facility and, in 1967, incorporated it as Flexform S.p.A. The family’s perceptive insights led to the decision to partner with some of the leading designers of the time: Joe Colombo, Asnago-Vender, Cini Boeri, Rodolfo Bonetto and many others. During the same period, the company’s vision of corporate growth also included investing in a talented young architect-designer named Antonio Citterio, in a partnership that has continued, without interruption, for more than forty years. The 1970s brought a major shift in the company’s conception of its product line. Eschewing any repetition of past styles, production was moved more and more toward original, contemporary designs.

“Family is paramount; it is a priceless legacy of resources, inspiration and expertise. The depth of our roots allows us to look confidently to the future. Without this knowledge and understanding of our history, it would not be possible to steer the company in the direction of our best future. It is true that only those who know where they have come from can know where they are going. All of us third-generation family members are honored to be here and committed to continuing the work of our predecessors. And we are determined to uphold what is fondly known as the “we attitude”: the awareness that the real player is the team – and therefore, the brand – not the individual. There are no soloists, but rather a group that thinks in terms of the “we” and never the “I”. So, the biggest challenge for our family business is to continue to think in collective terms for the benefit of the brand.”

The 1970s also marked the moment in which the family understood the importance of opening up new markets, beyond Italy’s borders. They ventured first into the German-speaking European countries where there was a significant affinity for the company’s understated, stylish and, yes, comfortable sofas. Overseas growth became a sustained, unstoppable movement that brought Flexform visibility in the most exclusive furniture stores in America, Asia and Australia. And, on the wave of the new millennium, the company launched itself on a global path, opening a series of Flexform flagship stores around the world. 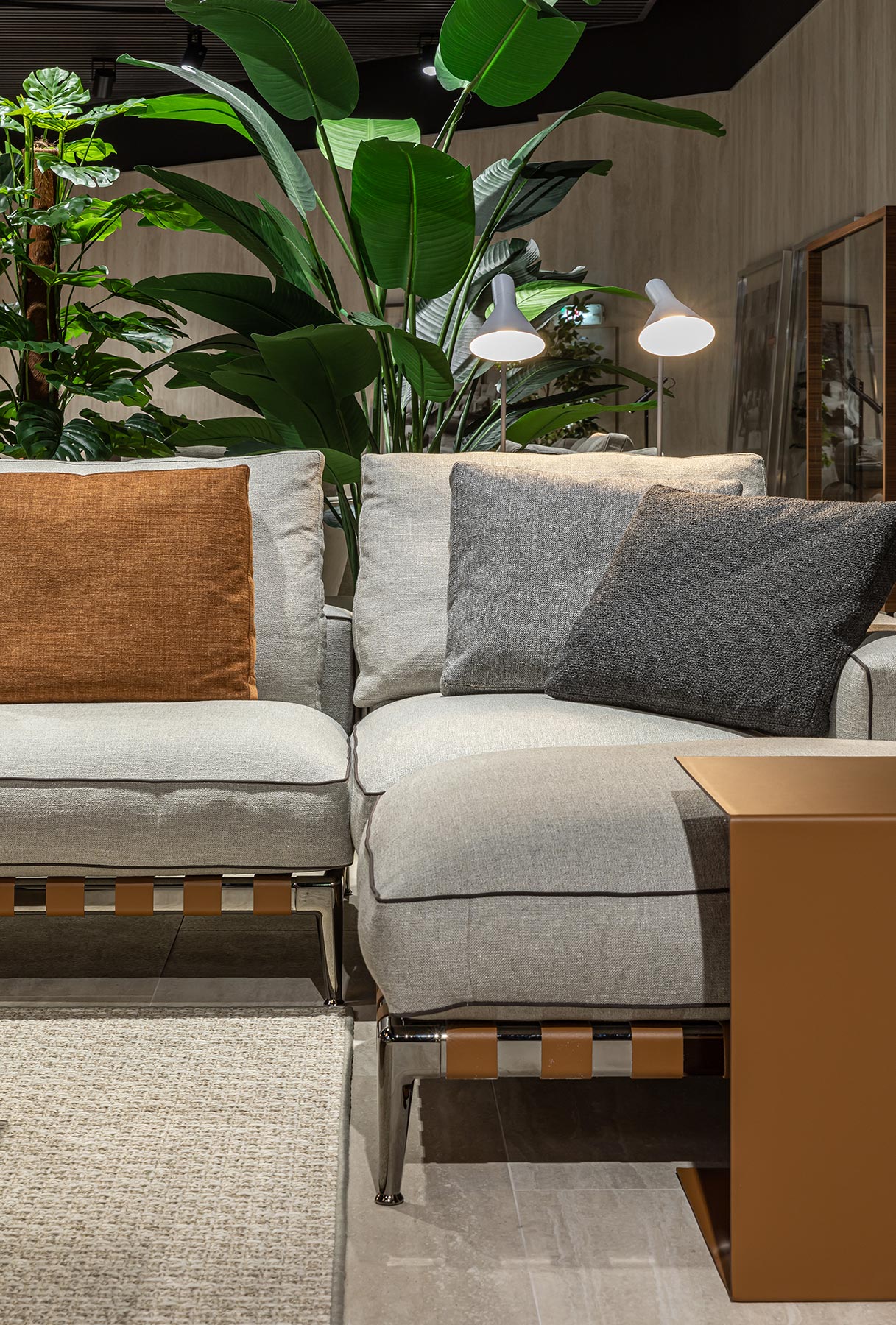 Intimate and sophisticated. This is the aura that envelops the Flexform Mood collection. Stylish, gorgeous interiors, where premium materials, luxurious fabrics and shapes inspired by yesteryear kindle sensations that culminate in the image of “An intimate look” – perfect encapsulation of the brand’s design philosophy. The collection’s stylistic mood flows from retro to art deco with flashes of modern inspiration. Traditional stylistic features are reinterpreted with a contemporary flair, shapes redesigned and proportions scaled down. 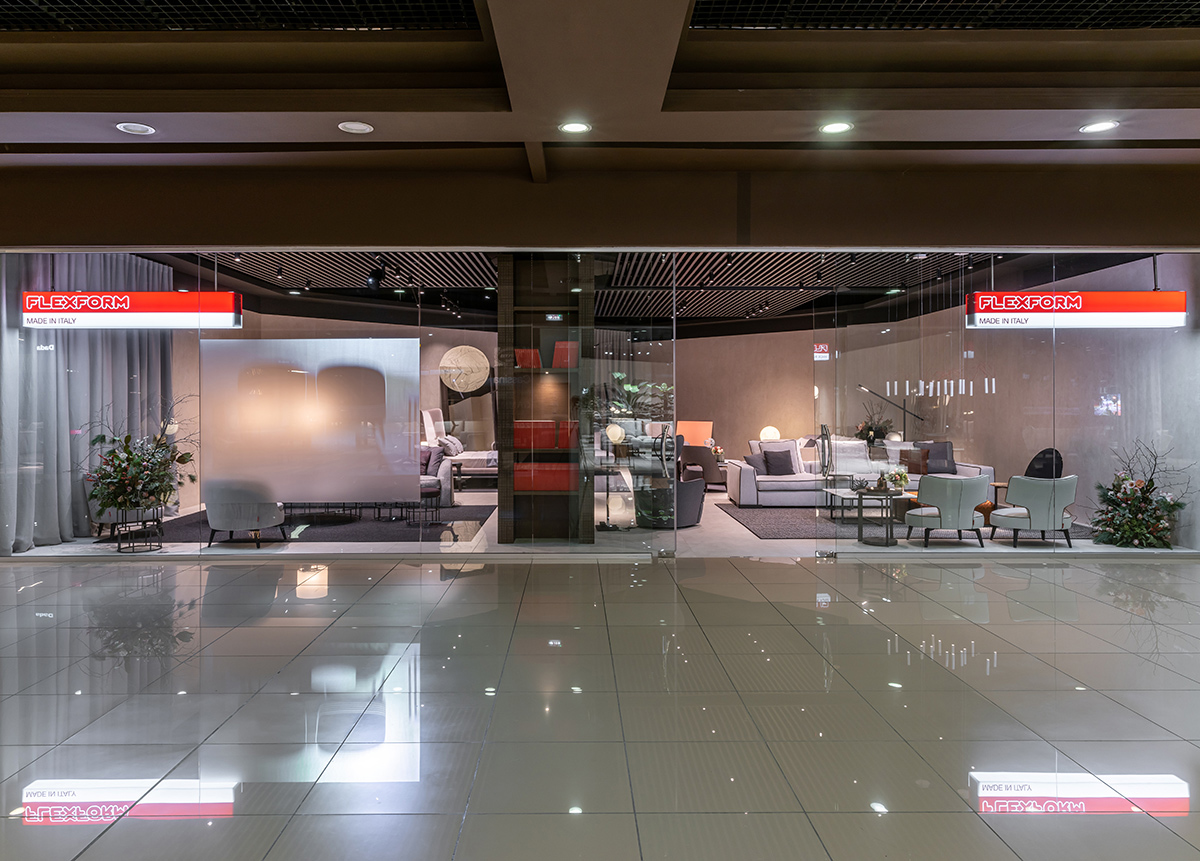 The fascination and flavor of styles remembered are heightened in an interplay of unexpected juxtapositions and deliberately minimal architectural settings with a distinctly contemporary feel. Sofas, armchairs, tables, chairs and beds are the stellar attractions in a visual narrative that elicits emotions and engenders a state of calm wellbeing. The home as an oasis of intimacy, sheltered from extraneous turmoil. Silence as a trend, elicited by the objects themselves, their hues and serene aesthetic imagery. 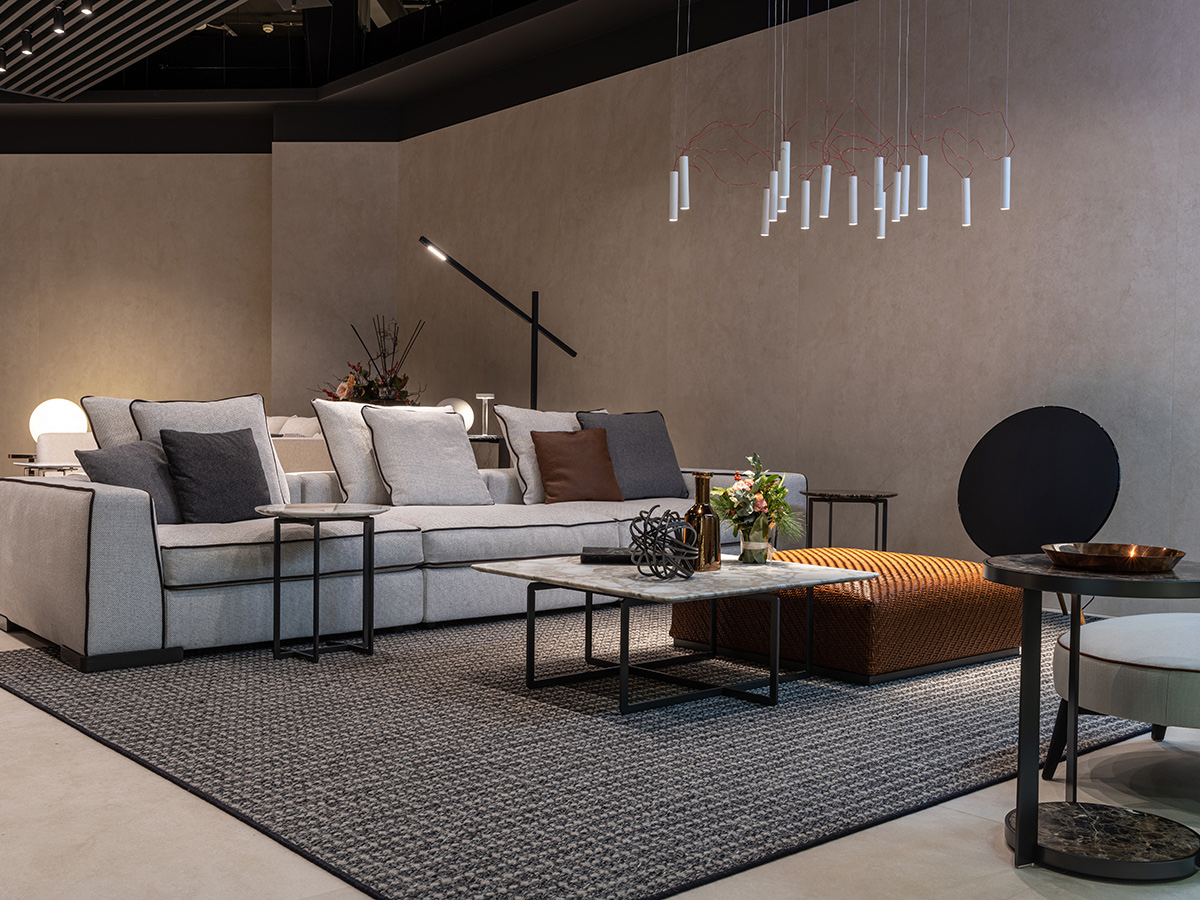 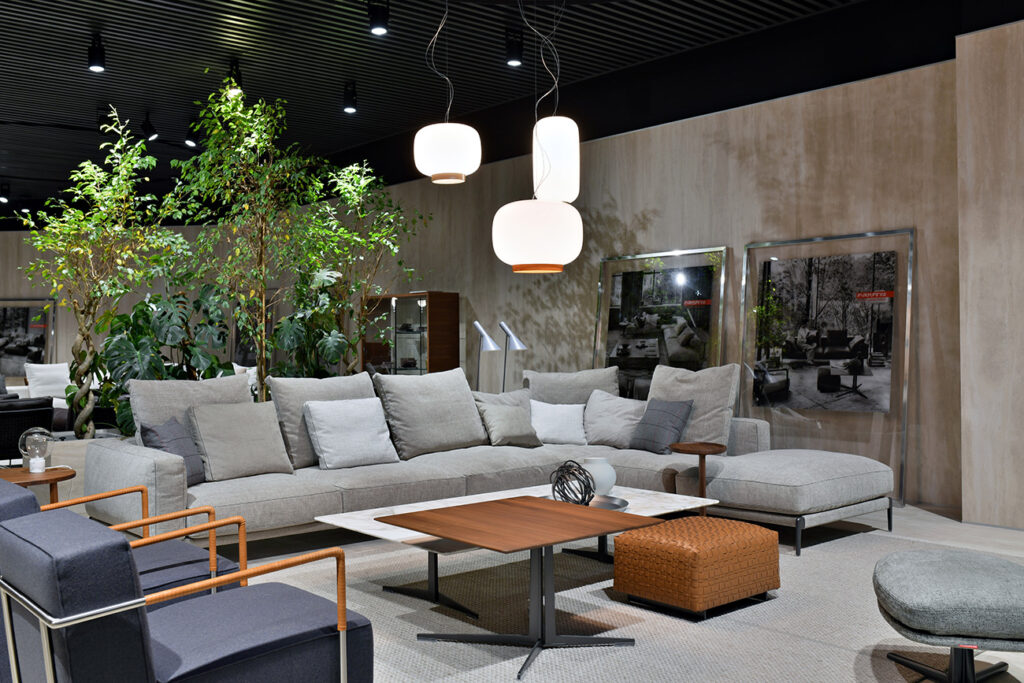 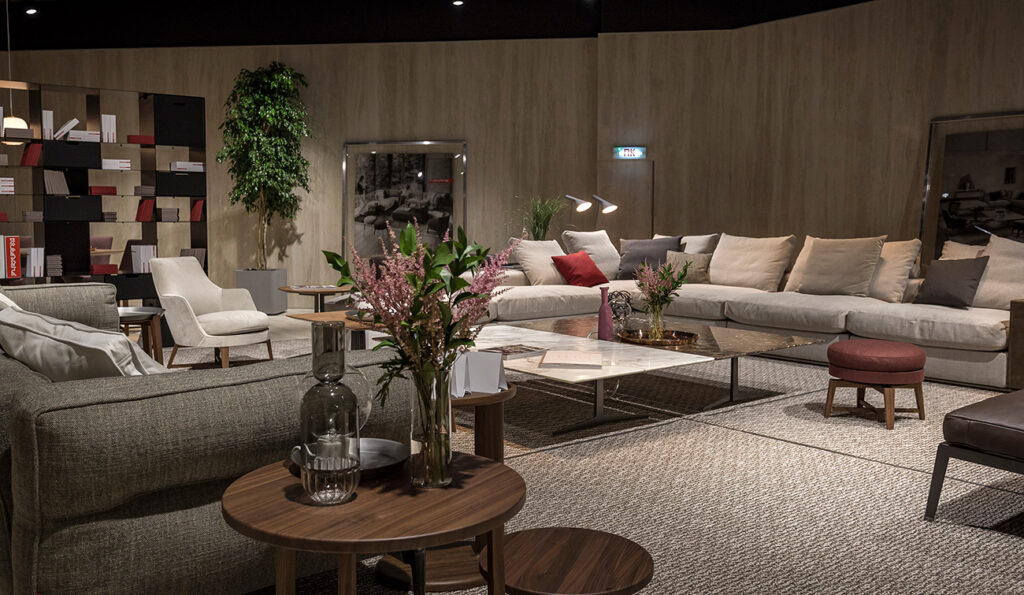 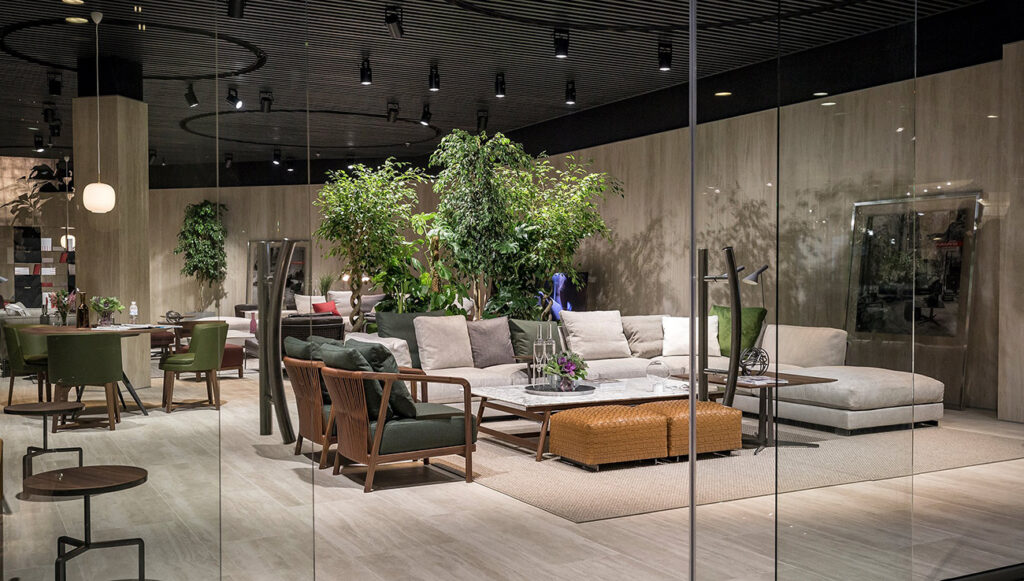 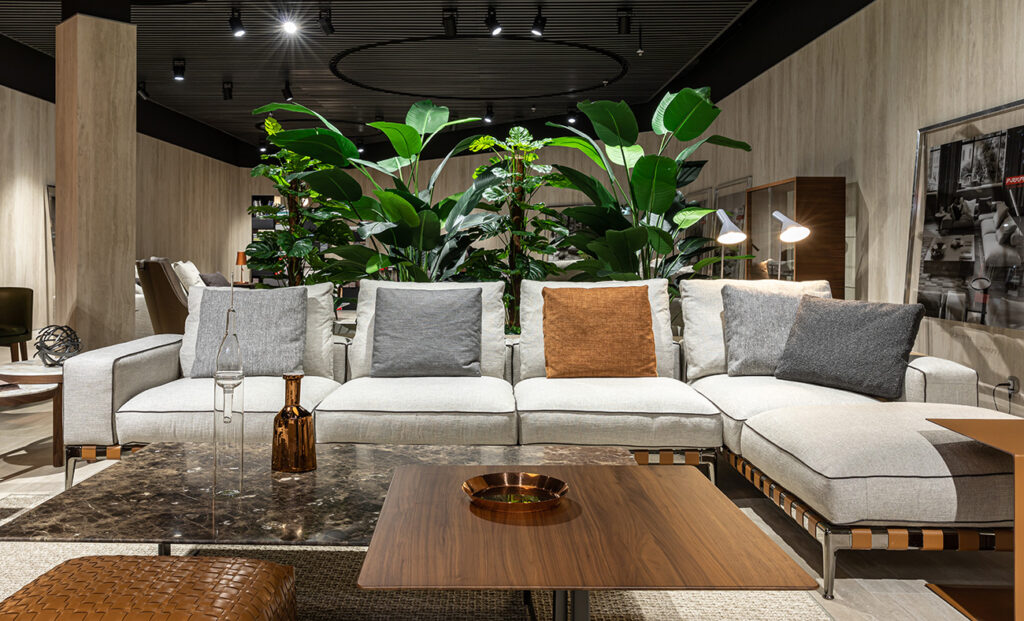 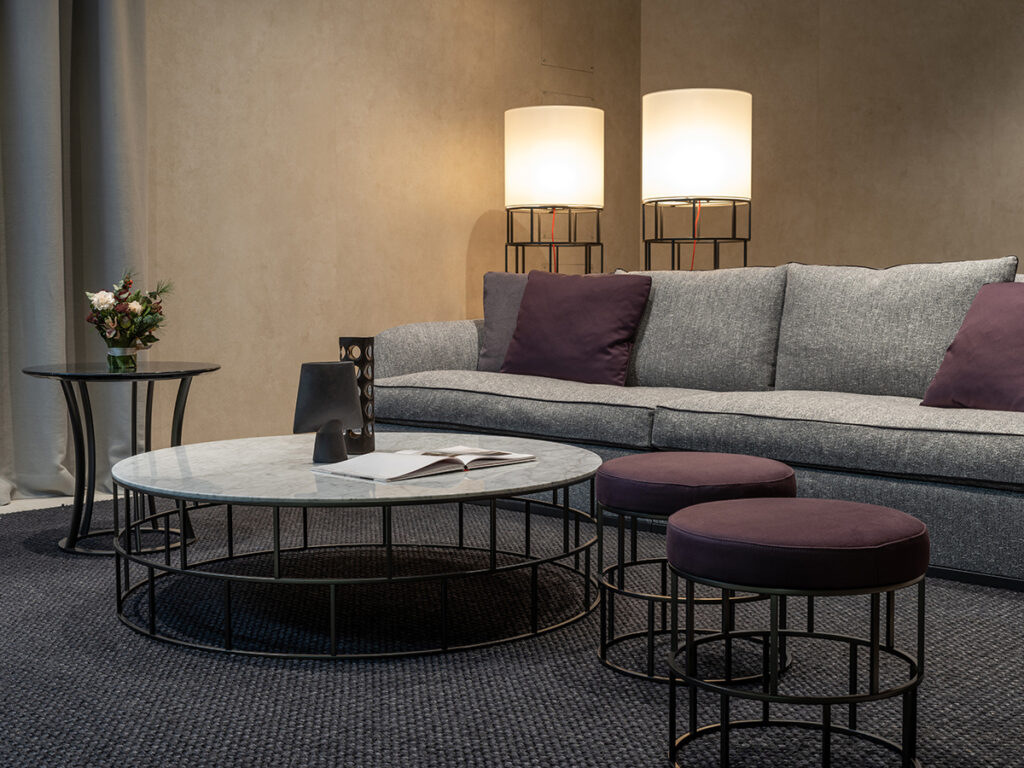 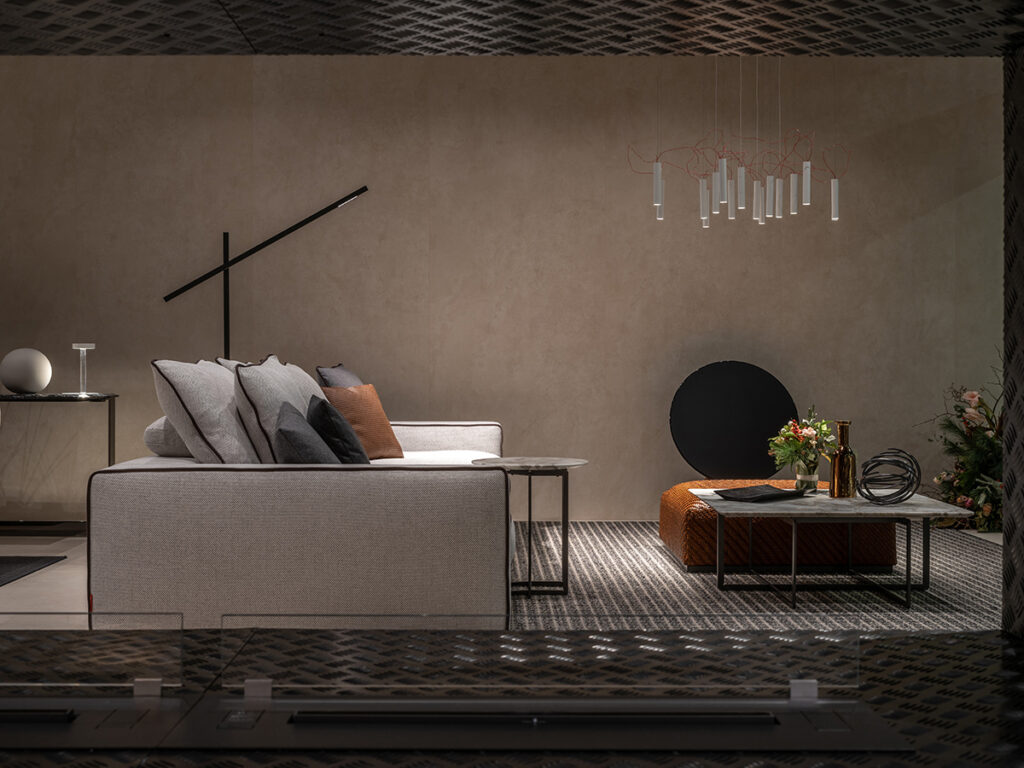 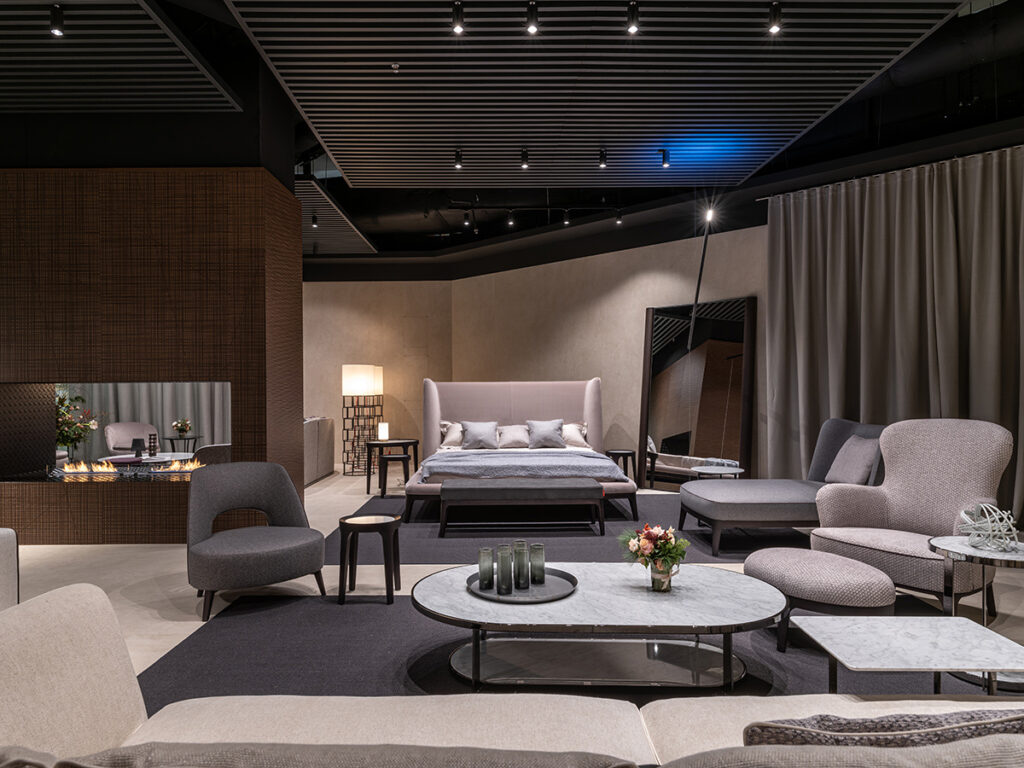 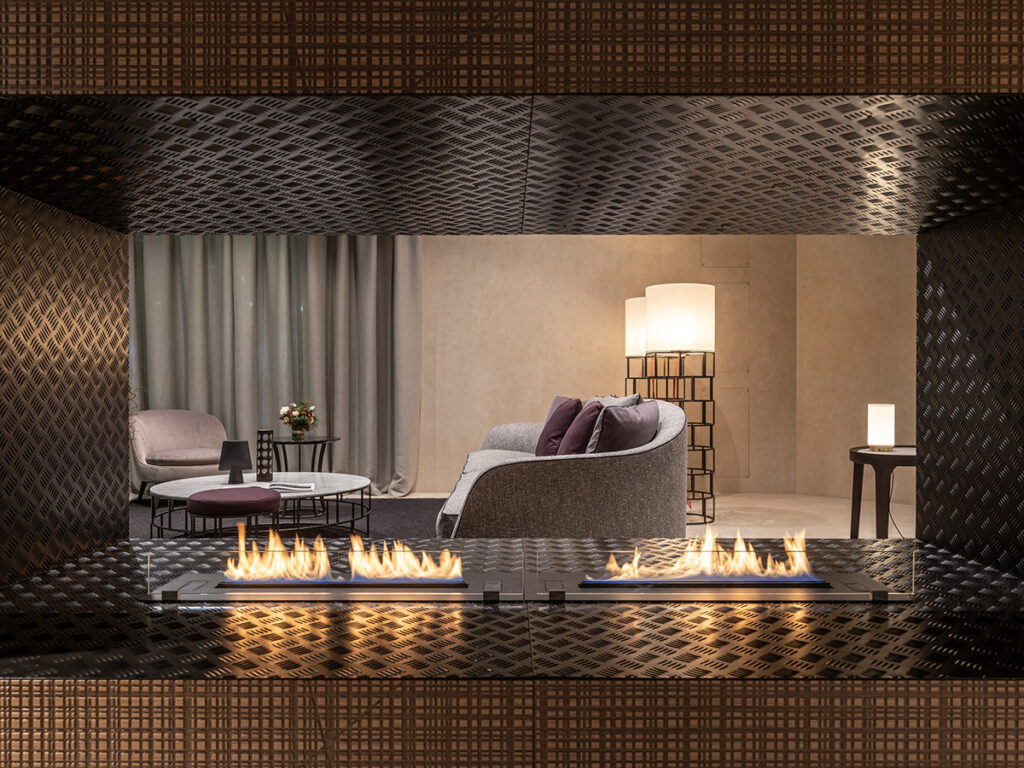 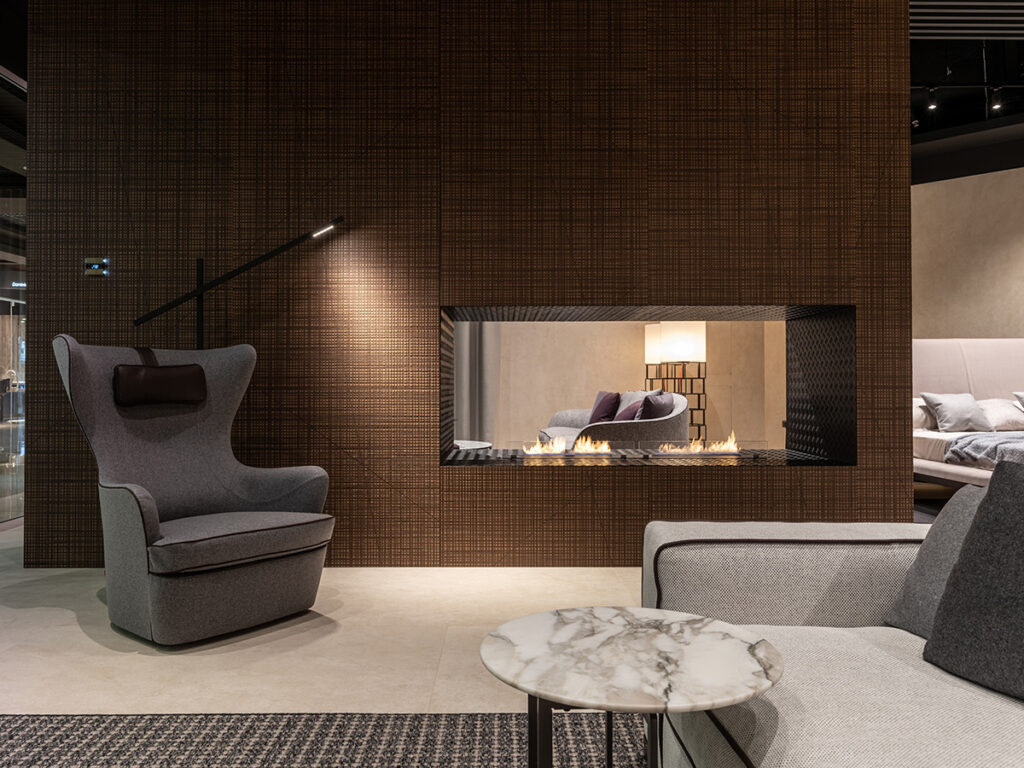 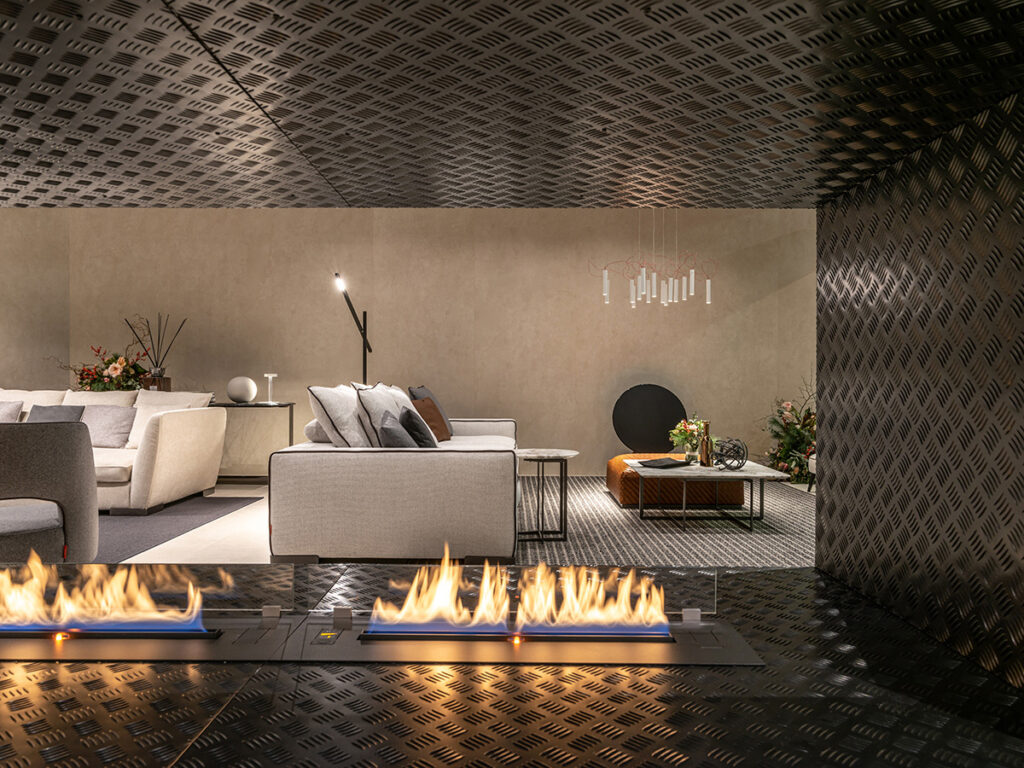